We will be sharing creation from many different areas such as Games, electronics, and anything else we deem is worth of sharing go on over to our website and have a look around.

MegaBit Studios first started in 2007 with the name of BondCorp cs to create Counter Strike 1.6 maps and mods. The success of this venture lead to the birth of bases_V2 the first map ever created by BondCorp cs.

BondCorp cs and a few fellow co-creators then collaborated to develop many ideas for new maps to be used for Counter Strike. These new ideas were recorded & prepared to be made into maps. BondCorp cs first went online in 2008 in the form of a public Counter Strike 1.6 server. The people at BondCorp cs wanted to share the maps they had created with the world so the first BondCorp cs website was born, consisting of only 4 pages.

A lot had changed since those early days, despite the setback of having the server IP being changed to dynamic in mid – 2010, BondCorps cs now had a website with a full gaming social media experience and forums. A new server came online in Q1 2011, revamped with the great ally of RMS gaming. This new server and website was to bring in a new era of gaming for both BondCorp cs and RMS.

Sadly, in early September 2011 BondCorp cs fell on hard times, not a lot of new content was being made and most of our efforts were going into keeping the games server up and for the final nail in the coffin the interest in our Counter Strike content and game servers fell to zero, with this happening at the end of September 2011, BondCorp cs shut down.

If you want to check out any of our previous Counter Strike maps from the early day, we still have them for download, on our Project page at http://megabitstudios.net/projects.html along with all of our new creations.

Now back to current times 5 years on, we have rebranded as MegaBit Studios and we are no longer investing our time in games servers, we have now turned our attention to content creation which will be our main focus for the ongoing future at MegaBit Studios. We will be sharing creation from many different areas such as Electronics, Wood Work and Games Development, plus anything else we deem is worthy, so stay tuned and help us to create a future filled with exciting new prospects. 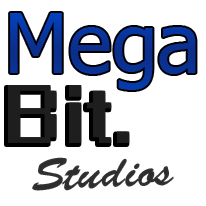